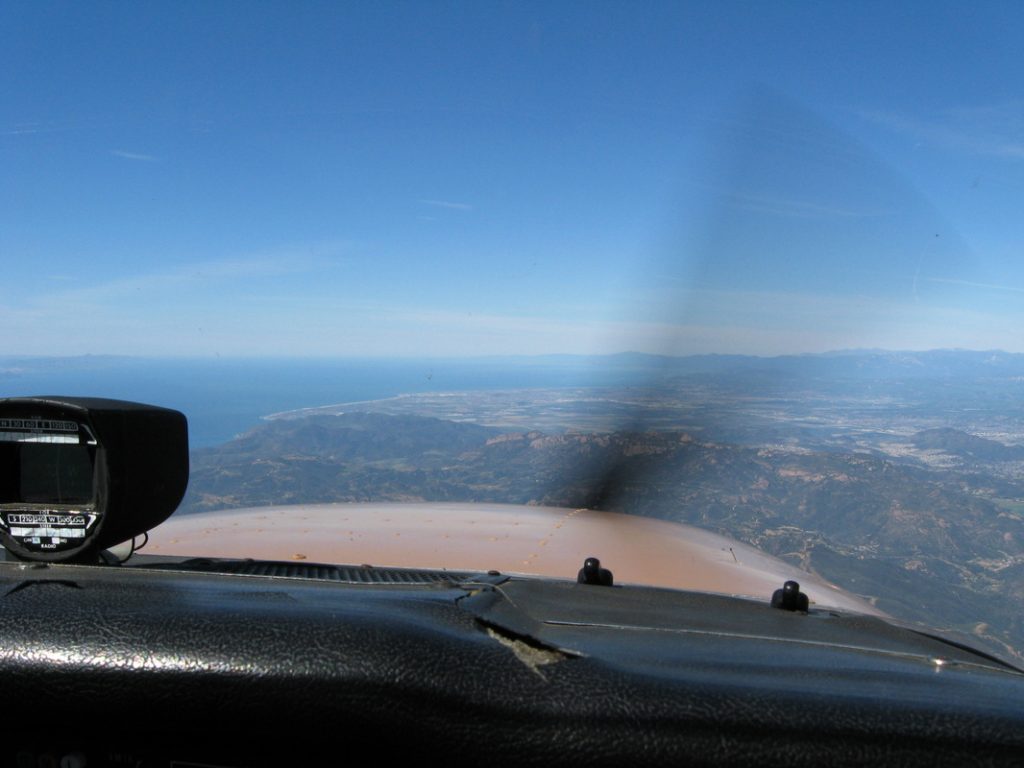 I wrote this in March of 2010.  G passed not too much later that year, late May or early June.  I don’t remember, I suck.  We weren’t especially close, certainly not as close as my friend and he were, as well as many others.  But he was a great mentor and I will always remember logging hours with him.  I last flew with him in November of 2009.

There’s a mantra among pilots that you learn from day one, and that is to “fly the plane”. Those three words are often repeated throughout your career as a pilot, whether you are a recreational pilot or a commercial airline pilot. To many people this may seem like an obvious or trite statement. Of course you fly the plane! What the fuck else are you doing up in the air in that aluminum contraption?

I started to learn to fly back in October of 2008. The first few flights are always pretty easy. My CFI would perform the take-offs and landings, and when we were over practice area, he’d demonstrate some basic maneuvers and have me attempt to perform them. And actually, maneuvering an airplane is about as easy as you might imagine. You pull back or push forward on the yoke, the plane noses up or down accordingly. Turn it left or right, and your airplane banks and turns. Naturally, there is some additional finessing of other controls (rudder, throttle, trim) to really be in control, but you get the basic idea. So, there you are! You are flying the plane! Simple, right?

Hang on there, scooter. While you’re jockeying that Cessna 172 around like Chuck Yeager, your CFI in that co-pilot seat is looking out the window for other traffic, working the radio, monitoring the gauges, keeping you from flying into a goddamn mountain, keeping note of where you are, maintaining the correct air/fuel mixture, AND instructing your ignorant ass. Never mind all the prep work he did for your lesson, as well as pre-flighting the airplane. In terms of your job as a pilot, flying the plane is about 20% of the work. And most of that percentage is just landing!

My point is, being a pilot-in-command of an aircraft is complicated business, and it was my CFI’s job to cram all that seemingly peripheral knowledge into my head, so that I could one day perform all those tasks as well as “fly the plane”. I had to learn to about basic aerodynamics, the mechanical and electrical intricacies of the particular aircraft I was flying, emergency procedures for just about EVERY GODDAMN possible thing that could happen, how to talk to the tower without sounding like a gibbering idiot, flight planning, monitoring and interpreting your gauges, finding your way when you get lost, how not to bust airspace, and so on and so forth. Now you are expected to go up in the air with that knowledge and APPLY IT. Cripes! I remember doing “lost procedure” with my CFI. He puts an IFR training visor on me and flies somewhere and tells me, ok, find your way back. I remove the visor, bust out my sectional chart, tune some VORs to triangulate my position, and put the plane into a slow circle to maintain position while I figure out where I am. And while I’m doing this for a bit, I get a nudge from my CFI and he points out the window. Our Cessna is nose down, doing a slow spiral into the earth.

I forgot to fly the fucking plane!

I quickly correct the situation and get the airplane back up to a sensible altitude. Had I been flying solo at this point, I would have ridden that plane down into the ground with my nose buried in a chart — and a grassy field.

Being a functional pilot requires that 80% that isn’t technically flying. But you do need to keep doing that other 20% otherwise it all falls apart in a bad way.

It’s like remembering to breathe. In times of stress, we often forget that most basic of functions. How many times have you found yourself intently concentrating on something only to gasp and gulp a big breath of air? We have to remind ourselves to “breathe”. And when we find ourselves distracted by the madness that is our lives, it is often helpful (and necessary) to pare it back down to the basics and refocus yourself on your most primary of tasks.

I spent a lot of time with my CFI on the ground and in that Cessna learning about flying. He’s kept my ass out of trouble (i.e. crashing and horrible death) more times than I can remember. And he did it with an absurd amount of patience and a cool, collected presence. Once during crosswind landing practice, we got knocked to the side by a huge gust on touchdown. It weather-vaned the plane so badly, we were essentially landing sideways with the tires screeching in protest. We were both on the rudder and ailerons hard, trying to not flip over at 65 kts. We get it back in the air, and he turns to me and calmly says “We were completely out of control at that point. Do you want to go again?” I am wide eyed, white knuckled and giggling. It’s at moments like that you can’t give up; you have to keep flying the plane.

I learned a lot about flying and maybe just as much about life from him.

Today, I visited him in the hospital. He’s being treated for pancreatic cancer. He looks like hell. He still greets me the way he always did, though. He is in obvious pain, but he keeps his spirits up for visitors. He’s low on fuel, no airport in sight, no radios, no navs, approaching shitty weather. But he’s calm and collected, and he’s remembered to fly the plane.